IN PRISON FOR REMEMBERING THE TIANANMEN SQUARE CRACKDOWN

Chow Hang-tung, a young human rights lawyer, is imprisoned in Hong Kong for holding vigils to commemorate the victims of the Tiananmen Square crackdown. 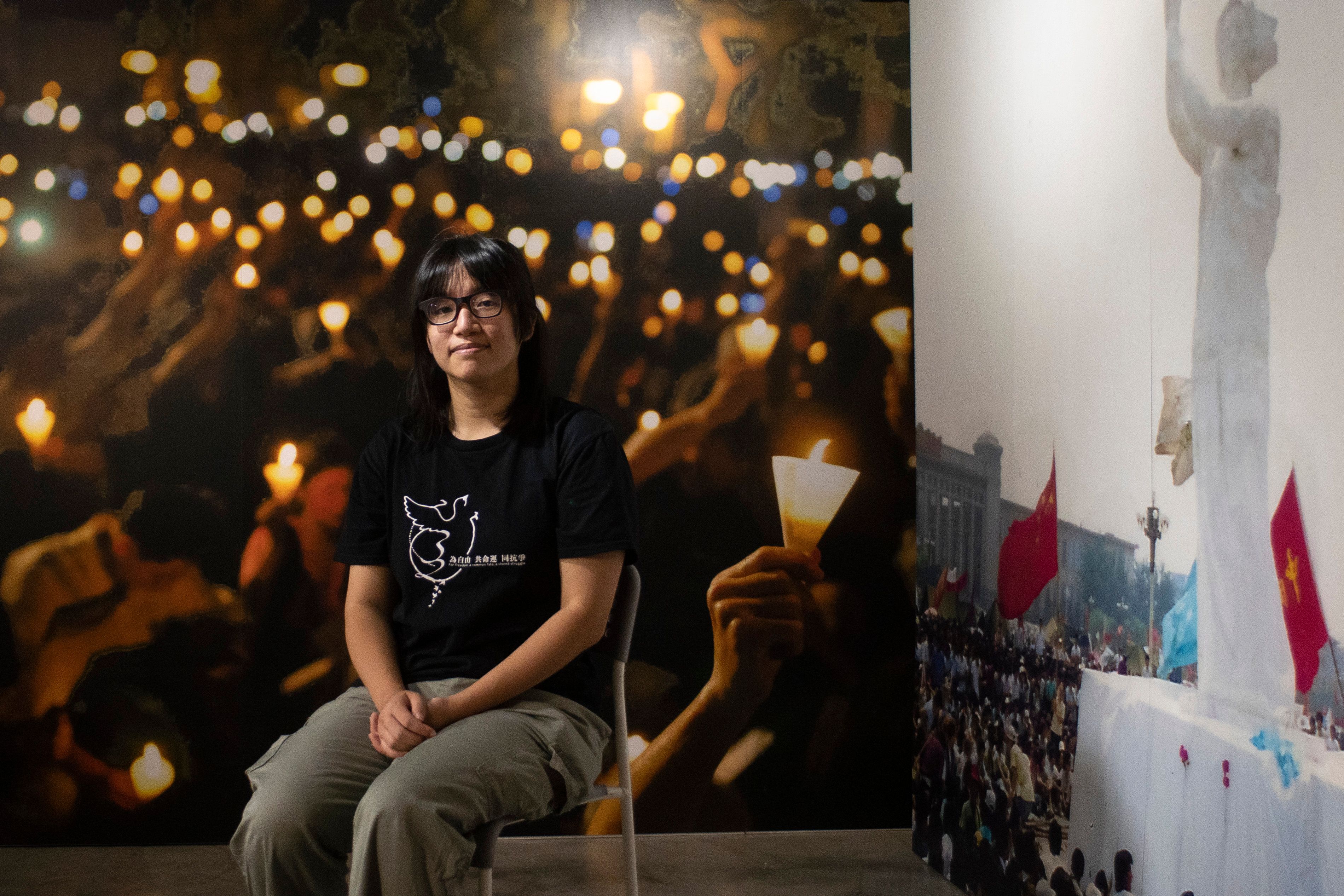 A brilliant student from a top university, Chow could have pursued any high-flying career. Instead, she’s dedicated her life to fearlessly protecting people’s rights as a human rights lawyer and activist.

Chow was the vice-chairperson of the Hong Kong Alliance, which organized the world’s biggest candlelight vigil commemorating victims of the Tiananmen Square crackdown. In 1989, hundreds – possibly thousands – of people were killed in the streets around Tiananmen Square, Beijing, as troops opened fire, killing protesters peacefully calling for economic and social reforms.

The Chinese government wants people to forget, but Chow has made it her mission to remember the victims.

In 2020 and 2021, the Hong Kong authorities banned the vigil, citing public health reasons in connection with the Covid-19 pandemic. On 4 June 2021, Chow encouraged people on social media to commemorate the crackdown by lighting candles. She was arrested the same day for “advertising or publicizing unauthorized assembly”

Chow is now serving 22 months in jail for peacefully remembering the victims of a horrific crackdown. She is also facing further imprisonment for allegedly endangering national security through her entirely peaceful actions. In the face of all this, Chow’s bravery shines through. “To say I’m not afraid would be a lie, but I’m not so afraid I dare do nothing”, she says.