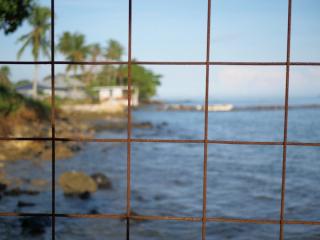 Amnesty International welcomes the that six people have arrived in Aotearoa New Zealand after years in the Australian Government’s offshore detention regime.

Amnesty International has conducted research in both  and , highlighting that the indefinite detention of people seeking refuge amounts to torture under international law. Meanwhile, the Amnesty International community has tirelessly supported the call for the Australian Government to accept New Zealand’s offer.

Shaun Greaves, Executive Director at Amnesty International Aotearoa New Zealand, said, “This is a hard-earned win for human rights. Our heartfelt thanks go to the thousands of advocates around the world who pushed for this to happen, and to all those who have shared their lived experience of the dire conditions in Australia’s detention regime.

“Sometimes injustices seem insurmountable but standing together will bring us closer to a world based on aroha, equality and care.

“The experienced in offshore detention centres have caused serious mental and physical health issues for many people. The New Zealand Government must now do all that it can to support all those arriving in Aotearoa to settle into a flourishing life.”

“We welcome the New Zealand Government taking a principled and humane approach to people who need protection. We hope this is the beginning of seeing everyone moved off Nauru.

"But we don’t want to forget the people in Papua New Guinea who Australia has washed its hands of, despite them being trapped there for nearly nine years.

“We hope that the United Nations High Commissioner for Refugees [UNHCR] and New Zealand working together will see permanent solutions for the people who remain in PNG.

“There are offshore still living in limbo whose physical and mental health needs are not being met. The Prime Minister promised a ‘kinder, gentler approach’ to politics when he took office in May. Now’s his chance to live up to that and show compassion for people whose only crime was to ask for our help.”

* The numbers of people in PNG are no longer published by the department, but there were 105 at the end of the arrangement between the Australian and PNG governments on December 31 2021.