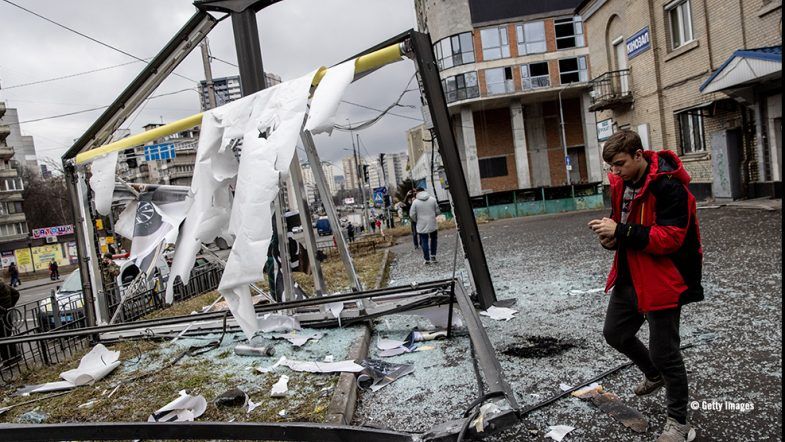 “Our worst fears have been realized. After weeks of escalation, a Russian invasion that is likely to lead to the most horrific consequences for human lives and human rights has begun,” said Amnesty International’s Secretary General Agnès Callamard.

“As rockets are falling on Ukrainian military bases, and the first reports are coming in of the use of indiscriminate weapons by the Russian army, Amnesty International re-iterates its call on all parties to adhere strictly to international humanitarian law and international human rights law."

"Civilian lives, homes and infrastructure must be protected; indiscriminate attacks and the use of prohibited weapons such as cluster munitions must not take place. We also repeat our call to allow and facilitate immediate access for humanitarian agencies to provide assistance to civilians affected by the hostilities.

“Amnesty International will be monitoring the situation closely to expose violations of international law by all parties.”

Expanded armed conflict between the two countries erupted in the early morning on 24 February with the Russian army subjecting Ukrainian military and air bases to heavy shelling, rocket artillery, and missile attacks. Meanwhile tank columns invaded Ukraine’s territory along the entire length of the border.

Early in the morning of 24 February, Russia launched an invasion on Ukraine, with reports of troops crossing the border to the north and south, explosions in multiple cities including the capital Kyiv. On at least one occasion, in Kharkiv, video footage shows the tail section of a rocket fired from a Smerch heavy multiple rocket launcher left sticking out of the pavement. Deliberate attacks on civilians and civilian property, and indiscriminate attacks that kill or injure civilians constitute war crimes.

Amnesty International has previously  of the devastating human rights risks of further armed conflict between Russia and Ukraine, including threats to civilian lives, livelihoods and infrastructure, and potential acute food shortages and mass displacement. The organization has documented the severe human rights toll of the 2014-2015 conflict in eastern Ukraine, in which war crimes and crimes against humanity were committed.

You can help. To donate to Amnesty International's Ukraine Appeal, .