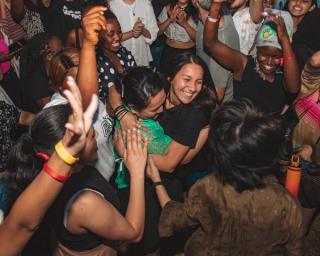 One year. Countless lives changed for the better.

Throughout 2022, the Amnesty movement has contributed to positive outcomes for people all over the world. Individuals unjustly detained were freed from prison.

Human rights abusers were held accountable. Vital legislation and resolutions were passed by governments at national and international level. Progress towards the global abolition of the death penalty continued. And important advances were made both for the rights of women and LGBTQIA+ communities.

Here’s a round-up of the human rights wins we’ve won together over the past 12 months.

Amnesty’s ongoing work helped to secure the release of numerous people across the world, reuniting families and securing justice for those whose rights have been wronged.

In January, university lecturer  was released after being arbitrarily arrested and detained by the Taliban.

In Honduras, the , a group of water rights defenders, were unconditionally released in February after more than two years in prison for their important work.

The following month, in neighbouring Guatemala, Indigenous Mayan environmentalist  was released early after being jailed on bogus charges related to his human rights activism. More than half a million actions were taken for Bernardo during Amnesty’s 2021 Write for Rights campaign. And  — for whom more than 700,00 actions were taken during Write for Rights 2019 — was released from prison in South Sudan, having been sentenced to death at the age of 15.

This year’s is underway, with letter-writing and petition-signing taking place across the motu. Together, the Amnesty community is working to bring hope to 13 individuals and their families. Jailed, threatened and persecuted, these people desperately need our help. Find out more about and add your voice of solidarity. 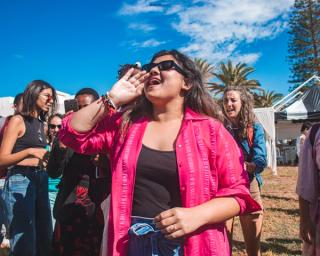 Victories for LBGTQIA+ and women’s rights

Amnesty contributed to some notable wins for LGBTIQIA+ rights throughout 2022.

In a key affirmation of the rights to dignity, happiness and family life,  South Korea’s Supreme Court that having children should not hinder the recognition of the legal gender of transgender individuals.

In July, same-sex marriage became legal in Switzerland, after almost two-thirds of the population expressed their support in a referendum. Slovenia followed suit in October, legalising same-sex marriage after a constitutional court ruling.

The year also saw a number of victories for women’s rights, with Amnesty supporters at the forefront of these wins.

Finland also in October that eased the strictest abortion laws in the Nordic region.

In 2013, the New Zealand Government offered to resettle up to 150 people being held in the Australian detention system each year. This offer was finally accepted by the Australian Government in March 2022, after nine years of tireless campaigning by the Amnesty community.

In response to rising pressure from our local Amnesty whānau, Immigration New Zealand released an independent review into the in domestic Corrections facilities. The report clearly stated that the long-term detention of asylum seekers was “wrong, at every level” and should not occur. Immigration New Zealand accepted the recommendation, a major win for human rights and our society.

Also this year, Amnesty International Aotearoa New Zealand joined together with some of our key partners to launch The platform provides people with lived experience of the criminal justice system a safe way to share their stories as we seek to .

One of these concerns included the use of Cell Buster pepper spray, which was finally in Aotearoa New Zealand. The use of dangerous chemicals against prisoners is just one example of human rights issues in New Zealand’s criminal justice system. In August this year, we launched our campaign to , which is currently four years younger than international human rights standards. Together, we’ll continue to seek positive transformation across the sector in 2023 and beyond.

We’ve got lots of exciting work on the horizon and we need your help to score more wins for humanity. To plan and carry out effective campaigns, we need consistent funding. Consider becoming a regular giver to make change happen where it’s needed most. 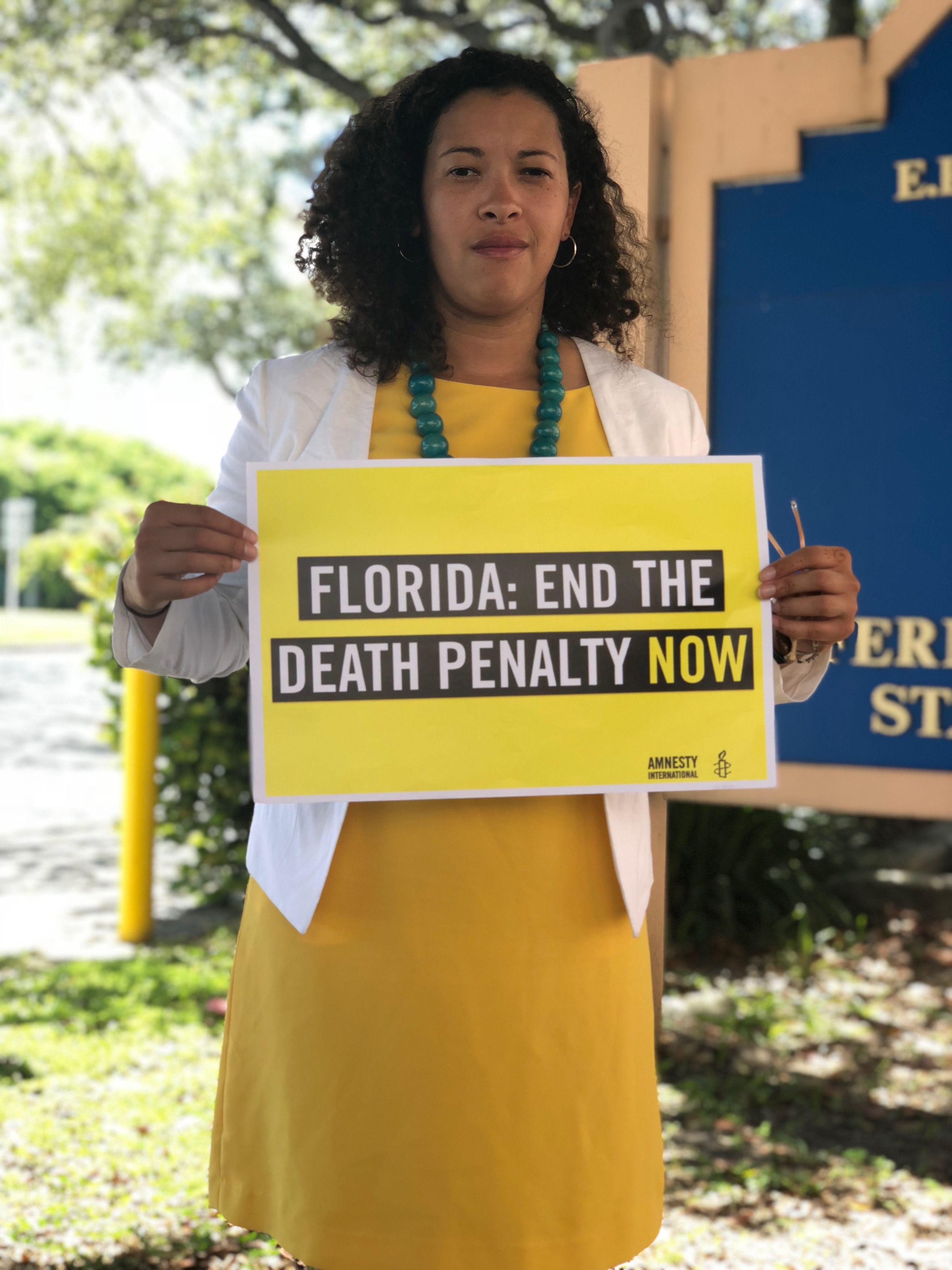 Towards the abolition of the death penalty

Amnesty’s campaign for the global abolition of the death penalty saw further success in 2022, as a string of countries abolished or took significant steps towards abolishing the punishment.

The abolition of the death penalty for all crimes came into force in Kazakhstan in January.  followed suit in April, repealing the punishment 30 years on from its reintroduction. Via social media, Zambia’s President announced in May that the country would begin the process of abandoning the death penalty and, in June, Malaysia’s government initiated the process of removing the for 11 offences. In September, a new law which removed death penalty provisions from the penal code in Equatorial Guinea came into effect. 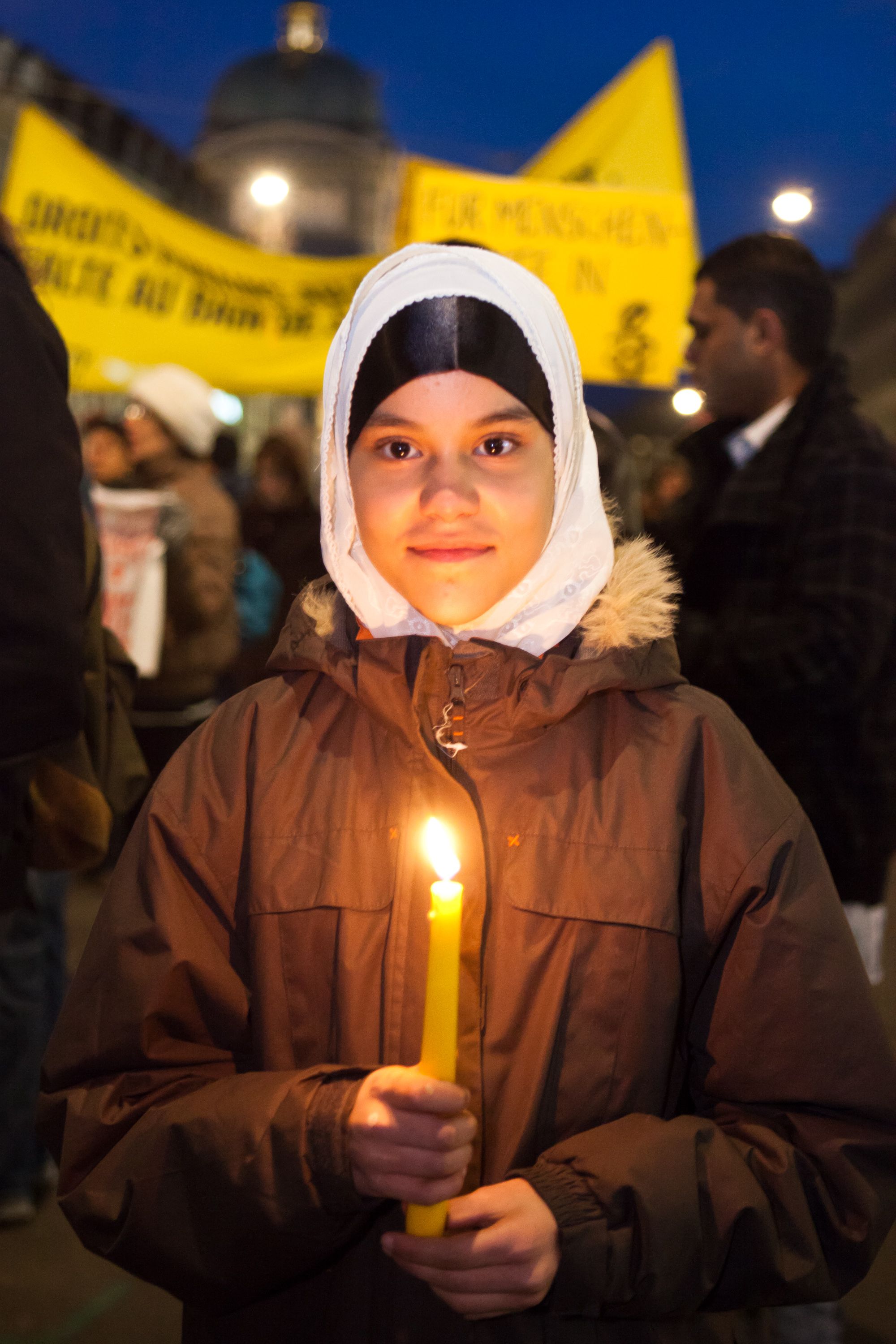 Amnesty’s work was vital in helping secure the passage of essential legislation and resolutions, as well as ensuring that companies were held accountable for their human rights responsibilities.

Important progress was also made on environmental justice, with the passage of a resolution at the UN General Assembly in July recognising the  This news followed a similar resolution passed by the  at the end of 2021.

At its 51st session, the UN Human Rights Council released a special resolution on Afghanistan in September. for a UN Special Rapporteur to prepare a thematic report on the situation of women and girls. Several countries supported the idea, and it was included in the final resolution.

We stood in solidarity with the people of Iran as they faced on protests demanding their fundamental human rights. Over 3,000 people signed our petition calling on the New Zealand Government to do all that it can to help hold the Iranian authorities to account. Around the world, over 760,000 people took action to demand justice. Thanks to this passionate advocacy, the UN Human Rights Council has passed a to establish a fact-finding mission to investigate human rights violations in Iran.

Together, we have changed the world, in small steps of progress and in large leaps of victory. Thank you for standing with humanity through the good times and the bad. Donate today to and change more lives for the better in 2023.